The DEA Philadelphia Field Division’s Intelligence Program recently published a report documenting an analysis of drug availability and abuse in Delaware.  In their report, the DEA identified heroin, fentanyl, controlled prescription drugs, and cocaine as Delaware’s primary drug threats, which are determined by factors such as availability, threat to public health, community impact, related crime, and abuse and treatment statistics – information derived from both law enforcement and public health sources.

According to the DEA, heroin is the primary drug threat in Delaware, as heroin trafficking, seizures, abuse, and related overdoses deaths continue to increase annually.  However, the increased proliferation of fentanyl and fentanyl-related substances only worsens the current opioid abuse and overdose crisis, as these dangerous substances are abused independently or used to increase the potency of other drugs.  Cocaine and crack cocaine are both widely available and demand remains stable; however, recent reports of increased foreign cocaine production are cause for additional concern.  Marijuana remains consistently available, while crystal and powder forms of methamphetamine are reportedly increasing.  Most of these illicit drugs originate from Mexico or South America, then are transported through the Southwest Border region (California, Arizona, Texas), and Philadelphia before being sold on Delaware’s streets.  Fentanyl and fentanyl-related substances originate in China or Mexico.  Transport using private, commercial, and rental vehicles is most common, while parcel shipments via the US Postal Service and commercial shipping companies are increasingly used to ship drugs directly to users and lower level retail distributors.  Controlled prescription drugs (CPDs) remain in high demand and sufficient supply is available in Delaware to meet that demand; prescription fraud, “doctor shopping” (individuals obtain prescriptions from multiple doctors), and theft from health care facilities are the most common means of diverting CPDs for illicit purposes.

Drug-related overdose deaths in Delaware increased 35 percent from 2015 to 2016 overall, as significant increases were reported in each of Delaware’s three counties.  By drug, heroin mentions in toxicology remained high but level since 2014, while the presence of fentanyl and cocaine increased by more than 200 and 300 percent, respectively, between 2015 and 2016.  White males between the ages of 20 and 50 are the most frequently reported demographics of fatal and non-fatal overdose victims in Delaware.  Treatment admission statistics also reflect these demographic trends, while heroin was the most frequently identified substance of abuse in 2015 – reflecting a substantial increase over the previous three years.

The DEA’s responses to the staggering increases in fatal and non-fatal overdoses in Delaware focus on partnerships with federal, state, and local agencies to share intelligence, and identify sources of drugs related to overdose deaths.  Through its Operation Trojan Horse initiative and its participation in the collaborative Drug Market Initiative program, the DEA works with its partners to investigate the most significant drug distribution organizations operating in Delaware’s most violent open air drug markets and bring them to prosecution. 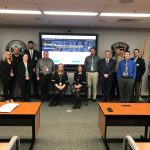